Why is water colour important?

Water colour observations belong to the oldest time series of climate data. Water colour is an Essential Climate Variable designated by the World Meteorological Organization for which sustained and climate quality measurements are needed to track and analyze climate change.

This is nowadays considered an important 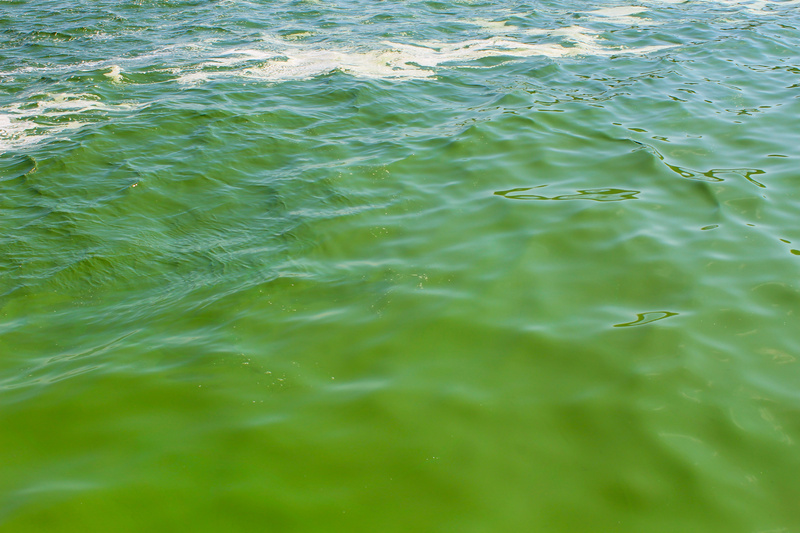 aspect of the science of natural-water-optics, since the colour of the ocean is partly determined by phytoplankton. A variation in phytoplankton abundance implies a change in the uptake of CO2, the primary greenhouse warming gas, suggesting a possible role of these organisms in the regulation of climate.

Coastal waters, rivers and lakes can vary in colour due to natural events, such as algal growth, during spring that can make the water greener. However, the colour can also be affected by human activities. For example, sewage or fertilizers can impact the amount of nutrients in the water that cause phytoplankton to grow. This phenomenon is known as eutrophication.

How do we know if coloured water is natural?

A good way to start is by collecting long-term colour data along with other water quality indicators, such as transparency and fluorescence. This information can be used to determine what is happening in a water body. For example, if the water in a coastal area has been blue-green for a long period of time, a change towards a more brownish colour can indicate something is altering this environment.

Long-term monitoring of a simple attribute of water such as the apparent colour, using low-cost devices and the aid of citizens, could help detect changes taking place in aquatic environments in a rapid way, without the need of costly and time-consuming water quality analyses.

Colour, together with clarity, is one of the most apparent characteristics to the human eye when observing natural water. In general, the apparent colour is a result of substances that are either suspended or dissolved in the water column. There are 3 main natural components, besides the water itself, affecting the water colour and clarity in natural environments:

Some natural phenomena can change water colour but it does not necessarily mean that the water is of bad quality. 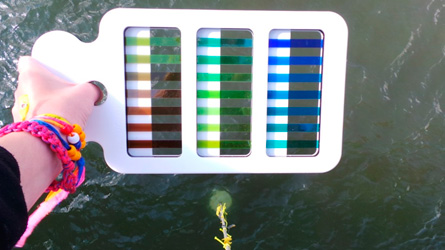 The Forel-Ule Scale is a method to approximately determine the colour of bodies of water, used in limnology and oceanography. By means of mixing different chemical a colour palette is produced in a series of numerically designated vials (1-21), which is compared with the colour of the water body. The result is a colour index that gives an indication of the components and transparency of the water. The colour graduations correspond to open sea and lake water bodies and range from blue to brown, going through green, as they appear to an observer. Originally the method is used together with the Secchi disk (SD) submersed to half the Secchi Disk Depth (SDD).

How does water quality relate to the Forel-Ule index?

The Forel-Ule index ranges from 1-21. Below the index number and their meaning are further elaborated upon.

1-5 FU scale: Indigo blue to greenish blue with high light penetration. These waters have often low nutrient levels and low production of biomass. The colour is dominated by microscopic algae such as phytoplankton.

6-9 FU scale: Greenish blue to bluish green. The colour is still dominated by algae, but also increased dissolved matter and some sediment may be present. Typical for areas towards the open sea.

18-21 FU scale: Brownish green to cola brown. Waters with an extremely high concentration of humic acids, which are typical for rivers and estuaries.